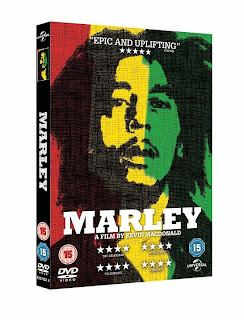 Not all pot connoisseurs enjoy reggae music. But for many, however, there is something magical about the connection between Bob Marley's message of peace and love delivered through reggae and the therapeutic effects of fine cannabis.

We don't want to give anything away, so you're safe to keep reading.

Marley takes viewers on a biographical odyssey through the life and times of (arguably) reggae and Jamaica's greatest legend. Fans of Marley's music are enlightened to the singer's ancestral roots, childhood, Jamaican politics, and battle with ultimately life claiming cancer.

The movie is executive produced by Ziggy Marley, Bob's oldest son. Ziggy does a good job to offer perspectives on his father's life through the eyes of many of the older Marley's eight lovers and 13 children. Bob's contemporary musicians as well as past and present members of the Wailers also weigh in and pay homage to their parted comrade.

For even the most diehard Marley fan, this documentary should pleasantly surprise with its depth and breadth of the introspective of the life of the reggae star. The film was on limited release in theaters, which means the venues were invariably artistic relics of historic cinema and lent an old world charm to the experience. I was accompanied by two old souls who could appreciate timeless musical talent regardless of genre as well as peaceful, loving vibrations of kindred spirits. I left with a feeling of appreciation the man, the human, the hero that was Robert Nesta Marley.

If you're interested in a good story featuring a charismatic being, Marley is definitely worth your time to watch!
Email ThisBlogThis!Share to TwitterShare to FacebookShare to Pinterest