U.S. Federal Government Tells Oakland Their Plan to Have Pot Farms is Very Illegal, Oakland says, We Have New Plans for Marijuana 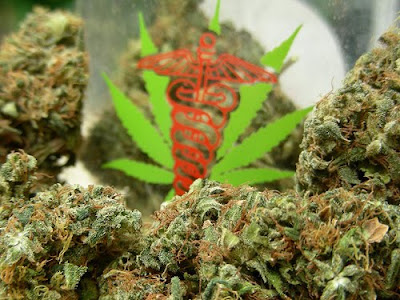 The buzz is this, Oakland wants to make large scale manufacturing, growing, and distribution of marijuana legal, but the U.S. Federal government says they're gonna shut it down.
According to the Department of Justice, the U.S. Congress has decided that marijuana is one of the most dangerous drugs in existence and they have mandated that it shouldn't be legal under any circumstances.
Oakland City Officials said that they think U.S. Attorney Melinda Haag was responding to an old draft of their plans to legalize pot farms for medicinal cannabis. They say their new plan will ease the worries of the Federal Government by only allowing pot farms owned by medical marijuana dispensaries.

Brooks penned the most recent version, which was discussed Tuesday night at a City Council meeting. It would require that pot farms be owned by dispensaries to assuage concerns that the huge independent growing operations would violate state laws requiring medical marijuana to be grown and sold by not-for-profit collectives of patients and caregivers. The farms would also be limited to 50,000 square feet each.

"There was no doubt that after looking closely at the first draft that there were some issues with it," said Brooks. "They were stand-alone operations which had no relationship to a patient." - BayCitizen.org

Oakland is hoping their newest draft will sit better with the Department of Justice. They have a newly drafted plan that will make Oakland the first city to take medical marijuana this far. Oakland has been determined to stay at the forefront of the Medical Cannabis innovations, and have created a climate that has allowed the medical pot industry to boom in their city.
News