A man dies because his medical marijuana use denied him the transplant he needed. 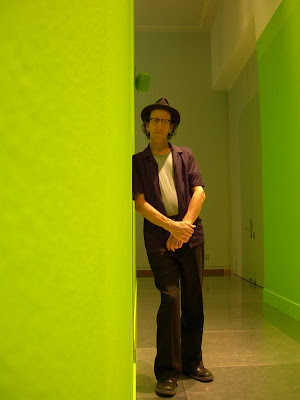 Timothy Garon was a Seattle-area man suffering from Hepatitis C who had a recommendation for medical marijuana from his physician for pain relief and nausea and also as an appetite stimulant. He was denied a spot on the transplant list at two of his local hospitals, allegedly largely because of his medical marijuana use, Shortly afterward, Tim Garon died.

The Associated Press reported on May 3, 2008 ("Is Medical-Marijuana Use Reason to Deny Someone an Organ Tranplant?") that "Timothy Garon, 56, used marijuana to ease the symptoms of advanced hepatitis C. Dr. Brad Roter, the physician who authorized Garon to smoke pot to alleviate nausea and abdominal pain and to stimulate his appetite -- a use authorized under a Washington state law approved by voters in 1998 -- said he had not known it would be such a hurdle if Garon were to need a transplant. Garon died Thursday, one week after he said he learned from his doctor that a University of Washington Medical Center committee had again denied him a spot on the liver-transplant list. ’He said I’m going to die, with such conviction,’ Garon said then. ’I’m not angry, I’m not mad, I’m just confused.’ His death at Bailey-Boushay House, an intensive-care nursing center, was confirmed Friday by his lawyer, Douglas Hiatt, and Alisha Mark, a spokeswoman for Virginia Mason Medical Center, which operates Bailey-Boushay."

The Associated Press reported on April 27, 2008 ("Patients Using Medical Marijuana Can Be Denied Transplants") that "His liver, ravaged by hepatitis C, is failing. Without a new one, his doctors tell him, he will be dead in days. But Garon’s been refused a spot on the transplant list, largely because he has used marijuana, even though it was legally approved for medical reasons."

According to AP, "Most transplant centers struggle with how to deal with people who have used marijuana, said Dr. Robert Sade, director of the Institute of Human Values in Health Care at the Medical University of South Carolina. ’Marijuana, unlike alcohol, has no direct effect on the liver. It is however a concern ... in that it’s a potential indicator of an addictive personality,’ Sade said. The Virginia-based United Network for Organ Sharing, which oversees the nation’s transplant system, leaves it to individual hospitals to develop criteria for transplant candidates. At some, people who use ’illicit substances’ -- including medical marijuana, even in states that allow it -- are automatically rejected. At others, such as the UCLA Medical Center, patients are given a chance to reapply if they stay clean for six months. Marijuana is illegal under federal law."

AP noted that "Garon believes he got hepatitis by sharing needles with ’speed freaks’ as a teenager. In recent years, he said, pot has been the only drug he’s used. In December, he was arrested for growing marijuana. Garon, who has been hospitalized or in hospice care for two months straight, said he turned to the university hospital after Seattle’s Harborview Medical Center told him he needed six months of abstinence. The university also denied him but said it would reconsider if he enrolled in a 60-day drug-treatment program. Last week, at the urging of Garon’s lawyer, the university’s transplant team reconsidered anyway, but it stuck to its decision."
Email ThisBlogThis!Share to TwitterShare to FacebookShare to Pinterest